VOIP Solutions are some of the more popular cloud based hosted solutions on the market today and one of the easier ones to implement and offer some of the best cost savings from moving to an onsite hosted solution to a cloud based solution. A good VOIP Solution with a rich feature set provides a full phone system with all expected functionality of a modern phone system.  We provide a phone system on an open source platform called SipXcom which has features like, park, conferencing, mobile platform calling, call forwarding, video conferencing, auto attendant and much much more.

Synaptis is a e-learning and staffing agency and wanted to explore the potential to move some of their services to the cloud and save some money in the process.  The Tek evaluated several of the basic systems any company relies on, file sharing, desktop infrastructure, and of course the phone system.   Synaptis was still using an older Nortel system with a basic copper service for making calls.  We decided this was a good place to save money and move them to a new more featured system.

We looked at the cost of new equipment and monthly hosting services and decided a cloud hosted platform using SIpX was the best case scenario.

SipX is compatible with several phone manufacturers but the one that is supported the most are Polycom phones.  Simply put the newer VVX Polycom phones are incredible.  They have touch screen based phones and simpler but still full color screen based phones. We decided to use the non-touch screen phones and started with the VVX 410s. With 12 lines, full color screens and noise canceling speaker phones these models are some of the best on the market.

In traditional phone systems you have copper lines coming in provided by AT&T or Bell South.  In a VOIP System we use an internet based protocol named SIP.  There are a lot of cloud hosted SIP solutions but we have had a great results with Voip.ms.  It works well with SipX and provides a low cost per minute rate of around .01 cents per minute.

To reduce the foot print of equipment in the office we decided to host the server in the cloud.  For linux based platforms no one is doing it any better than DigitalOcean.com.  They have competitive pricing, local backups, SSD Hard drives, and 99.99% uptime!  Basic servers needed for the SipX platform start at only $20 a month.

After implementing this solution we managed to save Synaptis over 65% on their phone bill on a monthly basis.  They now have a fully functional and modern day phone system hosted in cloud.  Recently they just moved locations and the fact they had a hosted solution meant the only thing they had to move was their desktop phones.  Once they got to the new location they plugged in the phones, they connected to the cloud based server and they started making calls right away with very little interruption to their daily business. Call us today so we can demo a cloud based VOIP Solution for you!  Why wait when you can simplify your business and start saving right away?? 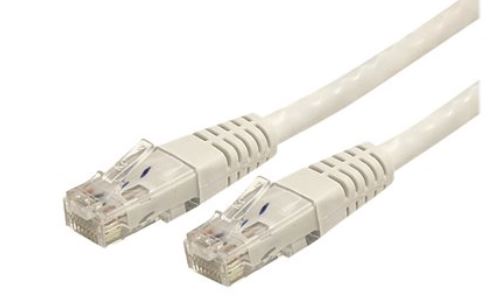 Are Ethernet Cables and Wiring outdated?

I want everything in the cloud please!